From Deadspin. A definite class assignment will be to value the various firms!

"...take a look at the documents below, paying close attention to the teams' operating income, their revenue-sharing figures, the size of their TV deals, and the amortization of player contracts (a neat trick of accounting pioneered by Bill Veeck that allows an owner to turn his team into a lucrative tax shelter). If there is a thread running through all of these financial statements, it is the incredible ability of baseball teams — whether they're winners or losers, big market or small, 'rich' or 'poor' — to make their owners a fat pile of money.

Beware of 'Independent' Investing Research - WSJ.com:
First let me say no one has paid me to write. Secondly, it is unrealistic to think that the sponsorship would not influence authors, at least create a conflict of interest. From today's WSJ:

"In recent years, financial-services firms have found a new tool to help them drum up customers: the academic study. These papers are finding new life beyond the ivory tower, echoing the widely used—and controversial—medical research funded by pharmaceutical and other medical companies to back new drugs and devices. The studies cover the gamut of investing topics, including how best to pick mutual funds, set up a retirement plan or boost portfolio returns. The universities facilitating these studies and the professors writing them say they don't allow sponsors—which typically pay anywhere from $5,000 to $50,000 for research—to do any meddling, and that academic freedom is always maintained."

Posted by FinanceProfessor at 9:06 AM No comments:

Weekend Essay by Jonah Lehrer: How Power Affects Us - WSJ.com

iorWeekend Essay by Jonah Lehrer: How Power Affects Us - WSJ.com:


"Psychologists refer to this as the paradox of power. The very traits that helped leaders accumulate control in the first place all but disappear once they rise to power. Instead of being polite, honest and outgoing, they become impulsive, reckless and rude. In some cases, these new habits can help a leader be more decisive and single-minded....Unchecked, however, these instincts can lead to a big fall"

Great behavioral corporate finance topic and a really good article....definitely recommended for class!
Posted by FinanceProfessor at 2:40 AM No comments:

The answer according to this study is No.

"American families who make over $300,000 a year donate to charity a mere 4 percent of their incomes. The statistic should not be surprising, as studies by University of Minnesota psychologist Kathleen Vohs and her collaborators have shown that merely glimpsing dollar bills makes people less generous and approachable, and more egocentric.

Now come a new set of studies that reveal yet another toll that money takes. An international team of researchers led by Jordi Quoidbach report in the August 2010 issue of Psychological Science that, although wealth may grant us opportunities to purchase many things, it simultaneously impairs our ability to enjoy those things." 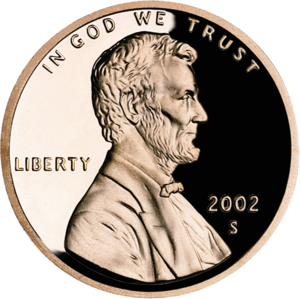 Image via Wikipedia
The Psy-Fi blog examines the Money Illusion today. It is right that this is one of the most common illusions. Rare is the day (and non-existent is the week) that I do not hear someone discussing views on either savings or cost of items while totally ignoring the value of money now vs. whatever time period they are discussing.

The Money Illusion from the Psi-Fi blog

"Money illusion is the trait that causes people to focus on the amount of money they possess rather than it’s worth to them. A hundred dollars a hundred years ago is obviously worth much more than a hundred dollars now: prices have inflated and the value of the hundred dollars is far less than it used to be. Measuring this exactly isn’t possible: what price would a businessman have paid for instant communication across the world a century ago compared to the peanuts we pay for the internet today?

In deciding to ignore the idea of money illusion economics was, for once, joining the mainstream, where most people happily ignore the fact that the value of the dollar in their pocket isn’t what it once was. This leads neatly to a world where there are more unemployed people than there should be, where central banks run around like puppy dogs chasing their tails trying to avoid the dreaded d-word and lots of people end up much, much poorer than they ought to be...."

Posted by FinanceProfessor at 10:26 AM No comments:

Laurie Santos: A monkey economy as irrational as ours | Video on TED.com

Laurie Santos: A monkey economy as irrational as ours | Video on TED.com: "Laurie Santos studies primate psychology and monkeynomics -- testing problems in human psychology on primates, who (not so surprisingly) have many of the same predictable irrationalities we do."

Posted by FinanceProfessor at 10:53 AM 2 comments:


"Joshua Buckholtz, a researcher at Vanderbilt University in Nashville, Tenn., thinks that the brains of impulsive people have too much dopamine. Dopamine is a chemical involved with many different brain functions, but in this case researchers are interested in drive. They believe high levels of dopamine are causing some individuals to behave rashly, perhaps by buying a food dehydrator they don't need.

And so it goes. Dopamine and Oxytocin seem to be at the root of nearly everything! (

Posted by FinanceProfessor at 9:02 AM No comments: